Australia economy to grow 2% due to job creation incentives

South Australia’s small and medium enterprises will receive grants from the state government for each additional job they create in the next two tears. As a way of increasing job creation in South Australia, the State government has passed policy that rewards organizations for extra jobs they create. The state budget set aside $10,000 payable over two years for employers within the business industry whose payrolls do not exceed $5 million, and $4,000 endowment for employers whose payrolls do not exceed $600,000 for each extra job they create (Keating, 2016). The South Australian business community advocated for the exemption of payroll tax for hiring trainees and apprentices in the 2016/2017 budget. This new move taken by the government is likely to have an analogous impact of making it more monetarily attractive to employ, for instance, young people, in the era when the unemployment rate among the youth is alarming.

The current budget has been positioned to support innovation and enhance creation of business related jobs locally. The new policy is expected to have huge impact on the country in terms of employment opportunities, both legal and social structures, payrolls and economy in general. The amendment allows businesses that fall within the stated payrolls to employ more people for them to be able to access these grants.  With these job creation incentives in place, economic analysts predict that the state economy will grow by more than two percent in the coming year.

The small business payroll tax reduction has been extended by the SA government by another four years. This is expected to bring good news to eligible businesses as it will save them about $10,000 annually. This allowance was introduced in the 2013/2014 financial year and allows for 2.5 % reduction in the payroll tax rates for businesses with payrolls up to 1 million dollars. The last year’s budget saw the State government extend the tax rebate for another one year and now it will extend up to 2019/2020 financial year (RevenueSA, 2016).

These grants have undeniably made managers of many businesses in South Australia think about increasing their payrolls. They are actually thinking about hiring more staff and taking on extra apprentices. These grants are undeniably good for businesses because they can be ploughed back into business and help in other aspects like employee training.

Regardless of the age of the job seekers and whether they are looking for part time, contract or full employment, these job creation incentives send a positive signal to the integral sector of the SA economy to focus more on creation of new jobs. Under the new policy, $50 million from the South Australian Venture Capital Fund will be used to support new businesses, reward innovation and encourage more investors to invest in the state (Keating, 2016).

According to SA Treasurer, Mr. Koutsantonis, the unemployment levels in SA are unacceptable and urgent measures need to be taken to help people get employed. The funding will have a significant impact on payrolls because businesses will try all within their means to increase their payrolls by employing more people so as to access the grant. It is also likely to foster a dynamic culture that will encourage young and innovative entrepreneurs to start up, invest and grow in South Australia.

The payroll tax rebate will surely have a positive impact on the State’s employment rate. The high unemployment rate in SA, which according to Koutsantonis, hurts not only the unemployed but every member of the state, is surely bad for economic growth.

In conclusion, the new move by the SA state government to reward businesses that creates additional jobs is arguably one of the best ways of dealing with the high unemployment rates in South Australia. Due to the attractiveness of these packages, managers and owners of businesses in South Australia will strive hard to employ more to ensure that their payrolls qualify for hefty packages from the State government. This move by the government will surely boost the economic growth of SA, which for a long time has been lagging behind the national economic growth of 2.5 % per year (RevenueSA, 2016). 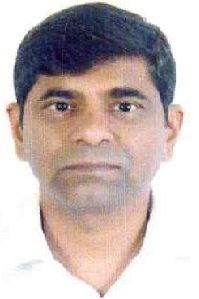