Use of Gamification in HR Space

Whether its lessons learnt from the Panchatantra or Aesop’s fables, the element of story-telling has clearly been effective in getting the message across. Customer loyalty programs are thought to be a technique in gamification by some. Medicine goes down easier with a spoonful of sugar says Mary Poppins. So used to these “sugar-coated” techniques are skeptics that you will often find them saying, “Cut the chase and tell me what you want…” 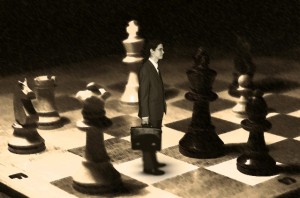 That’s exactly what I am going to do here. Cut the chase and get down to what gamification really is. I will also use some Ramco (project) deliveries as an example to explain.

Gamification is “the use of game elements and game design in non-game contexts”. The net has umpteen references to this subject which one may refer to (to get to this definition and more). I encourage you to look up names such as Pelling and Thaler.

What is Gamification to Talent Management? It is similar to what lead did to a fuel such as petrol – nourish it to prevent knocking. It is thought of as a technique to motivate employees to perform better (among other applications). What is it to IT? It is a program whose execution through processes helps mediate with employees and aggregate invaluable behavior information for the HR function. IT enables Gamification.

Going back to the definition, game elements include players, infrastructure (say a play station), actions the players will undertake to receive the rewards and rules by which they play. Game design is the infrastructural design, story, need for coins & dice, and suitable rewards points/penalties for actions. Let’s take this to a non-game context (as in the definition).

In day-to-day factory operations, it is a challenge to get workers to achieve a production target that cuts across products and packaging combinations. In an implementation that Ramco did for a threads manufacturer, the challenge was to motivate the workers to retool the machine many times in order to produce a certain length of thread, color of thread and finally the packaging (as a ball or cone of thread).

The Factory Management came up with an incentive program that would reward workers to produce as per the production target. The production target stipulated what had to be produced – lengths, colors and packaging of threads. Workers had to understand this target and work towards it, eliminating the need for “over the shoulder” supervision and checks. There were rewards for workers who rendered a defect free, in-time service. There were also rewards for those who performed beyond the call of duty such as taking a supervisors role and guiding fellow workers to meet their production targets. Ramco Payroll captures production data by a worker and automates the computation of the incentives.

In another example, Ramco’s performance appraisal system was put in place to monitor the actions of global managers across 40 countries for a MNC. Global managers were given directions (through this system) on how to act and had to record actions they took (in their territories) to gain market share, acquire talent, and develop social equity. Managers were rewarded for timeliness and semantics of their actions and of course the business results.

In both examples mentioned above, there were two roles IT played: One was to mediate what was to be done and how; the other was to aggregate performance information for further processes. It solicited employee behavior (telling them what to do) and elicited performance (business results). In the above examples, Gamification was intrinsic to the process. The Roles (such as managers and workers) knew about the rewards and the actions they had to perform to get those rewards. Ramco has done work to cover Gamification in roles such as Recruitment / Training where process administrators compete against each other to hire / enroll people and execute the process successfully.

There is a newer variant to Gamification which has been in vogue for the last 2 to 3 years and is largely applied in consumer marketing. This can be employed by the HR Function as well. Ramco interfaces its solution to third party content vendors who develop story lines, roles, rewards etc... for players in contexts such as sales achievement, learning targets etc... Ramco’s performance appraisal system enables the setting and monitoring of a learning target for a customer in financial services where the story board, content, and rewards are by a content developer.