A Giant Leap from Direct Sales to Social Selling - Part 1 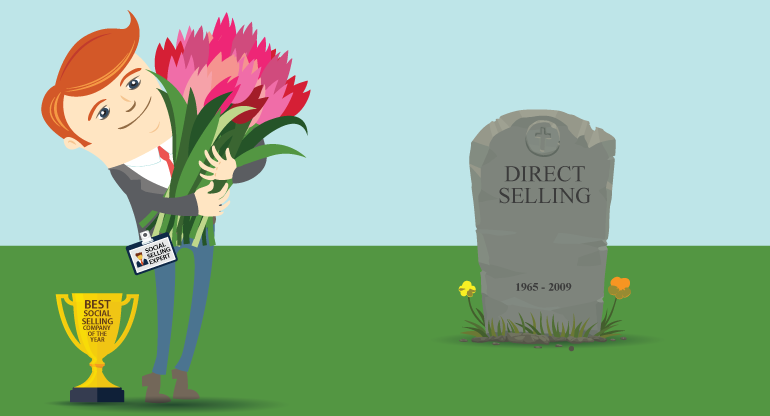 These paradoxical, yet interesting, words from the American author and socialist are gradually gaining grounds in today's world - direct, aggressive selling is indeed becoming antisocial. The traditional sales process has come a long way from door-to-door sales and cold calls to email marketing and the latest buzzword, is social selling. Most of the milestones in this transitional journey have been so immensely disruptive that the sales approach from a few decades back sounds almost like a Stone Age story.

Let's then begin our story from the Stone Age, shall we?

The amazing sales genius from the past, our own average Joe, was the king of the traditional sales approach - pushy sales, with his aggressive tone and demeanor, and just one mantra,  "Only one thing counts in this world: Get them to sign on the line which is dotted" (Courtesy: Alec Baldwin, Glengarry Glen Ross). "Closing" the deal was the only sales goal and the quicker you are to reach that dotted line, the better. Performance meant pushing your organization's product or services down the customers' throat.

The sales climate soon changed – customers started realizing that they did have more choices. Competition increased and your organization was just another exciting destination to fulfill your customers' wishes. This realization just turned the equation around - the buyers became more powerful than the sellers!

Our average Joe, with his combative sales approach, was becoming increasingly ineffective. He embraced the cold calls approach - an effective methodology for quite a while. But soon the disadvantages of shooting darts in the dark began to show - showering a barrage of well-scripted pitches to prospects who were possibly not anywhere close to the decision makers and with no interest in what you had to offer was not as effective as you had hoped for.

Enters Trendy Pro, the clever, smart salesperson. Trendy Pro realized the gap between the market situation and the sales approach. Closing the deal was still the goal, but the route had to be less aggressive , more of Consultative and in an Advisory Mode. Trendy Pro adopted a buddy approach - connecting with the prospects, gaining their trust, educating them about the products/services, and finally inspiring them to make the purchase decision. He ensured that he stayed connected with his customers even after the purchase, through personalized interactions with them, thus ensuring a trusted following for his organization's brand.

This technique was a welcome change from the traditional one-size-fits-all, generic sales approach. It worked wonders! Trendy Pro built personalized connections with his prospects and did not force them to make purchase decisions. But he still had difficulty making the first move - how could he reach out to his prospects with confidence every time? He had to know about their personality so he could build a trusted relationship with them.

Trendy Pro found the perfect solution in social selling, the latest rage in the sales landscape. He started leveraging social media to

Now Doing all the above in this dynamic VUCA World is easier said than done.  How and what are the Tools and  approaches Followed by Ramco giving us the Requisite Outcome is what We will cover in Part 2 of this blog. Don’t miss to hear what we say at the LinkedIn Social Sales Summit happening on June 1st 2016 in Singapore. Stay tuned for Blog 2. 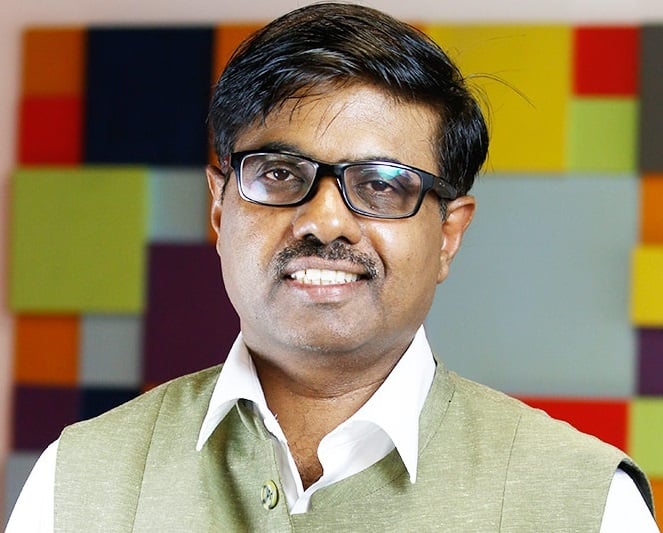 Harsh Vardhan is an Adventurous Marketer, who loves to explore new frontiers. From emerging companies and leading outsourcers, he has had an exciting journey packed with learnings and challenges. In his words, he loves to ride the business roller coaster, albeit sometimes without seatbelts! After a 12 year stint in the Global System Integration industry which covered the lay of the land from Deep East in Fukuoka (Japan) to West in Abuja (Nigeria), Harsh boomeranged into his second stint in Ramco Systems. Now as Ramco’s Chief Marketing and Ecosystem Officer, Harsh Vardhan is accountable for driving revenues along with building brand Ramco and also developing the ecosystem which will help in force multiplying the reach out.