GST, Goods and Services Tax - All you need to know 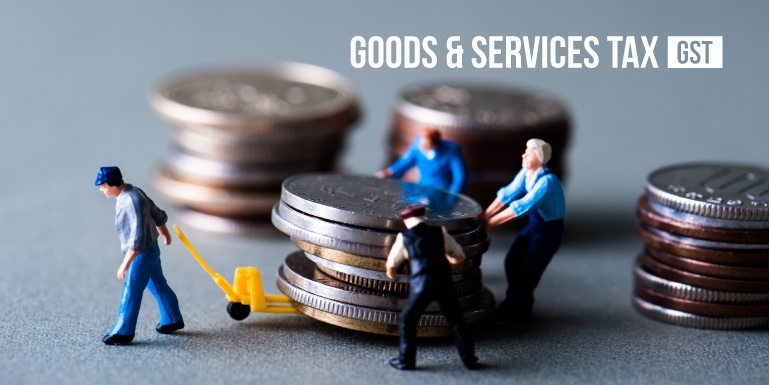 What is Goods and Services Tax (GST)?

Article 366 as amended by the 122nd Constitutional Amendment Bill, 2014, provides the meaning of GST as under:-(12A) “Goods and Services Tax means any tax on supply of goods or services or both except taxes on the supply of the alcoholic liquor for human consumption”.

In simple terms, Goods and Services Tax (GST) is an indirect tax (globally known as VAT) on value addition of goods and services i.e. at each point of sale and provision of service. The tax will be levied from the point of manufacture up to the point of final consumption with the availability of Input Tax Credit on each stage of transaction.

Why is Goods and Services Tax (GST) needed in India?

Introduction of Goods and Services Tax (GST) to replace the existing multiple tax structures of Central and State taxes is not only desirable but imperative in the emerging economic environment. In GST both the cascading effects of CENVAT and Service Tax will be removed with set-off, and a continuous chain of set-off from the original producer’s point and service provider’s point up to the retailer’s level would be established.

GST being a destination based consumption tax based on VAT principle, would also help in removing economic distortions caused by present complex tax structure and will help in development of a common national market. This is the essence of GST, and this is why GST is not simply VAT plus service tax but an improvement over the previous system of VAT and disjointed service tax.

Taxes subsumed under the Goods and Services Tax (GST):-

India is a federal country where both the Centre and the States have the powers to levy and collect taxes through appropriate legislation. Both the levels of Government have distinct responsibilities to perform according to the division of powers prescribed in the Constitution for which they need to raise resources.

Goods and Services Tax (GST) in India will be based on the concept of “Dual Model” which means that the proposed GST model will have two components:-

A dual GST will, therefore, be in keeping with the Constitutional requirement of fiscal federalism.

Application of components of Goods and Services Tax (GST) on transactions:-

Intra State Transactions: - Both CGST and SGST will be levied.

Inter State Transactions: - Integrated Goods and Services Tax (IGST) model of taxation has been adopted for interstate transactions where Centre would levy IGST which would be CGST plus SGST.

Governing Laws for Goods and Services Tax (GST) Implementation:- There will be a central level statute for the levy of CGST and 30 statutes for the levy of SGST by all states.

IGST will govern the inter-state transactions; therefore a separate statute will be required for the same in the proposed GST regime.

Even if it will be implemented through multiple statutes, basic features of the law such as chargeability, definition of taxable person and table event, measures of levy, classification, etc. will be uniform across the states.

Governing principle for applicability of Goods and Services Tax (GST):-

Internationally, the tax rate in any new regime is derived based on Revenue Neutral Rate (RNR). In layman terms RNR is the rate that allows the Central and States to sustain the current revenues from tax collections.

In India based on various studies, though the rates are not finalized but, four broad classifications of rates are proposed in upcoming regime of GST.

It is likely that all the goods and services will be covered under GST but there will be certainly some exclusion.

If we talk about exclusions or exemptions at this point, the meaning of “Goods and Services Tax” itself excludes supply of the alcoholic liquor for human consumption.

Petroleum Products are under GST but will effectively come under it from the date notified by the GST council.

Further exclusions/exemptions will be finalized in the next meeting of GST council schedule to happen on 18th Oct 2016.

As clarified in the First Discussion Paper (FDP), exports from India will be zero rated and the similar benefits will be given to Special Economic Zone (SEZs). However no such benefits will be allowed to the processing zone of the SEZs and sale from the SEZ to the Domestic Tariff Area (DTA).

So how prepared are you for GST?

With GST now in place, it is time for businesses to ensure they catch up to speed and seamlessly adapt as other taxes such as VAT, Excise, service tax and more will disappear giving way to one single Tax. This will help the taxation become simpler for the companies but with a cost of total rework on their existing taxation software and also employees working on it. This swift change in policy requires a technology which will ease the process and make the transition painless for the enterprises.

Ramco ERP on cloud, provides you with the adaptability required to address this change and also scalable enough to incorporate any further changes the policy makers are set to bring out in the future. Covering an entire spectrum of enterprise functions through a suite of products - Manufacturing, Financial Management, Supply Chain Management (SCM), Human Capital Management (HCM), Customer Relationship Management (CRM), Enterprise Asset Management (EAM), Project Management, Process Control, Analytics, Advanced Planning & Optimization, and Connectors, Ramco ERP on cloud is the #1 choice for futuristic businesses worldwide. Want to know how you can easily adapt and scale the changes in policy with technology? Write to us at contact@ramco.com today!