Integrating M&E Application with The Machines of Tomorrow 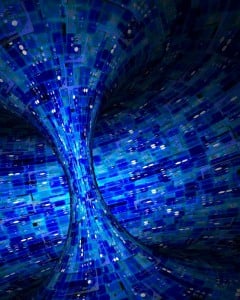 I was with Donald (the shift in charge at a main stream airline) at the hanger when the sight of the cross wind landing made my heart skip a couple of beats. The strong crosswind took its toll on the pilots and clipped off the left wingtip of the B7X7. As the pilot brought the bird to a halt, Don’s hand held device broke the silence with a sharp beep. 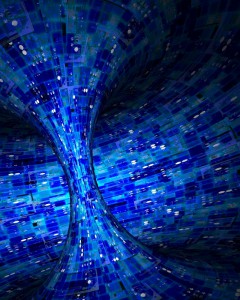 Integrating M&E Application with the Machines of tomorrow

The screen beamed a message from ‘The Aircraft’ suggesting an inclusion of specific tasks to the existing work package planned for it! It also fetched the approximate time required for the tasks and the expected aircraft availability was sent to the operations controller.

However, this may very well be the next breed of machines, integrated with intuitive maintenance systems!

Had the incident happened with any of the existing aircrafts, the protocol would be immediate grounding (for unknown time) of the aircraft, re-routing of the next sectors and scanning through chores of OEM manuals to get to the tasks and procedures to get a fix for the damaged areas.

Stepping into the future might just be a lot more different. As all major manufacturers churn out ‘smart machines’, the Maintenance and Engineering industry is all set to reach new heights. Engine manufacturers are geared up for live performance monitoring of their systems. The data in turn gets integrated with the maintenance systems for efficient processing.

The end result of the integrated system is an array of information ranging from:

The shift in-charge only needs to identify the best of the options proposed by the system. Based on his/her selection, material request gets automatically generated and workforce is allocated.

In simple words, the ‘Aircraft’ gets the workforce to inspect/repair it and takes to the skies again in the shortest possible time!

The scene from the movie Matrix Reloaded (where the ‘Machines’ were producing/repairing themselves) flashed through my mind as Don got busy with the data on his PDA. Well, it might have been just another ‘imagination’ of the director a few years ago, but today, it looks to be a revolution just around the corner!

The Ramco M&E application, powered by ‘In-Memory’, a cool customizable ‘Workspace’ and loaded with Gen Y features, is all you need to embrace the future head on. The application is seasoned in integrating with all major services – ranging from finance, flight schedule to technical publications.

Join hands and get integrated with the machines of tomorrow!