Tune Up Your Software 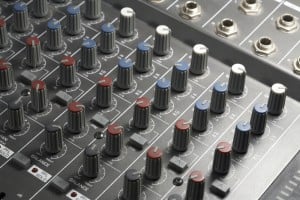 Celine Dion’s “My Heart will go on” is one of the best selling singles of all time. James Cameroon decided to go with the song she sung during dress rehearsal in the final recording as he considered it to be ‘pitch perfect’. Performers treat dress rehearsal as the final push before the main event. Except for the audience, tickets and stage fright, everything else is set and performers give in their best so that their actual performance is flawless. One cannot imagine performing in front of an audience without a dress rehearsal. 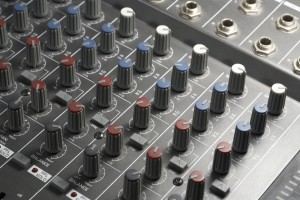 Tune Up Your Software

Software Development Life Cycle is somewhat similar to the performance of an actor to be performed on stage in front of an audience. We have Blueprinting and Requirements Gathering tasks similar to the idea of developing a particular performance, Code Development is equivalent to the steps or notes an actor works on to build his performance and finally the dress rehearsal which corresponds to a thorough software testing. Often companies spend so much, in terms of time and money, on other aspects of software development such as requirements and coding that they give very little importance on dress rehearsal of their product i.e. software testing. The other reasons which contribute towards negligence of software testing are:

This is where many companies miss the trick. There is an age old saying that is still effective in today’s world, “First Impression is the Last Impression”. In fact it is a harsh truth in today’s world of instant gratification. Customer is the boss and if your product fails to satisfy him he will simply move on to the next. This is similar to the scenario wherein if a performer fails to impress the audience he may find it difficult to gather them around the next time.

Unlike many companies, Ramco Systems Limited gives utmost importance to software testing for any feature released to the customer. The functionality-rich, user-friendly Ramco Aviation ERP Suite is highly stable (thanks to stress on testing!!), which has been the main reason for customer satisfaction. Let us take some real life examples.

One of the most important business operation carried out by Aviation MRO is exchange of customer parts which has come for repair with serviceable parts to keep the aircraft in flying condition without any delay. This business scenario is highly complex but has been taken care of by Ramco’s ‘Customer Part Exchange’ module. Infact this module is one of the most complex modules developed in Ramco Aviation 5.5 series. The module is very closely integrated with Materials, Maintenance, Sales and Finance modules. Once the module passed code development stage, exhaustive testing was carried out in different phases. Each phase involved incremental lines of code. Multiple levels of testing incluing Unit Testing, System Testing, Regression Testing, Stress and Performance Based Testing, UAT Testing were carried out. Once the manual testing was completed and the module was implemented, automated testing was carried out to test the feature regularly.

Let us take another example. Recently developed state-of-the-art ‘Offline Field Maintenance Systems’ in Ramco Aviation 5.6 series is one of the best of its kind. This feature allows users to work at remote locations without the necessity to connect to the main server. During its development, innovative test strategies were followed even though the time frame to develop this feature was very short. The testers were from different backgrounds (or departments) which allowed the feature to get tested with people with different mindsets, similar to the Joint Application Development (JAD) approach. Customers were also involved in testing the feature very early in the development phase so that testing was not limited to functional testing but will also have test cases based on business scenario’s. This approach not only increased the confidence among the customers regarding the product they will be purchasing but also helped the product to develop in right direction.

UCLA coach John Wooden once said, “Never mistake activity for achievement.” The bottom line is that we now live in a world where quality and customer satisfaction are becoming more and more important. Customers often see the value in software delivered to them on the final result and not the process or activities that went into making the result. However in achieving those results it is important for any IT company not to neglect the testing of their product.